How I Lost $3 Million in 24 Hours and Bounced Back

It was 2010. I was waiting for the most important call of my life. I had been working on a massive deal for 18 months and if everything panned out, my company would make just over a million dollars.

And then the phone rang. It was my partner. But he wasn’t calling with good news.

As the words “We have a problem…” came through the phone, the blood drained from my face and a sharp pain pierced my stomach. I was expecting the best, business as usual—I hadn’t planned for the worst.

I collapsed on the edge of my bed and buried my face in my hands. Was this really happening? It was at that moment that I realized everything I’d worked for could all fall apart. And it did.

I think I blacked out, because I don’t remember anything else about that day. But I do know that it changed me and my life forever, the day I now refer to as “The 2×4 Day”—when I got hit upside the head by a 2×4. At least that’s what losing $3 million felt like.

Losing that much money sucked, for lack of a better word. When my wife asked me if we would be OK, I’d never felt more shame than when I had to admit no—no, I don’t think so.I couldn’t help but wonder if she would leave me and if she would take our 2-year-old with her. Because of a business transaction gone wrong, a risk I took that she shouldn’t have to pay for. But she decided to stick with me, to stand by my side and support me 100 percent.

The weeks and months following this failed deal were the hardest of my life. I lost my business. I lost my savings. I lost my house. I lost my confidence. I remember lying in bed for days doing nothing but feeling the heavy gravity of the situation.

But, I know now, I would never be where I am today without this traumatic experience. When you lose everything, you are forced to change. And I did change on that day.

It all started in 2001 when I launched a service business based on just an idea. I had a team of employees and $1 million in sales my first year. I traveled the world from Australia to Switzerland, selling tickets and packages to corporate clients for the world’s largest sporting events.

At the 2008 Beijing Olympics, I supplied tickets to more than 8,500 people, netting over $1 million in profits. Buoyed by this success, I decided to go for the biggest deal of my life: the 2010 Vancouver Olympics.

Over the years, I’d developed contacts, partners and skills, and I had the industry reputation necessary to put together a contract this big.

On January 15, 2010, I was expecting a delivery of 17,000-plus tickets, and I had paid a deposit of $3 million for them. But the tickets never showed up. That $3 million? Gone. It wasn’t just my money, either. More than 10,000 clients had paid for their tickets in advance based on the contract I held in my hands.

I was caught in the middle of a scandal, between one supplier and thousands of people I made promises to. Technically, the legal term for what happened is called a “breach of contract.” Over the next five years, I found myself in a contentious legal battle to investigate the missing tickets.

The journey back was hard and riddled with uncertainty. The shame of disappointment consumed me with every breath. I wanted to move on. I wanted to let go of the past. But the pain was fresh, and the daily struggle for money and confidence were keeping me stuck. I ended up realizing my journey back would begin with forgiving myself—that I could start over and I could create my own way.

I knew wanted to work for myself again. But first I needed to make changes in my life, personally and professionally. Because this time, I wanted a different kind of business—one that was based on serving other people.

Before “The 2×4 Day,” I lacked a real purpose in my life. I look back now and realize that even with all the money I was making, I was not taking action to create the life I really wanted. In fact, I was trapped in my success. I was stuck in the comfort zone—I didn’t have the courage to create a different kind of business. Even though I was constantly stressed and hated what I was doing, I was making too much money to step away from it—to care or realize that I didn’t feel fulfilled.

I remembered back to a time in life when I turned to a business coach who had helped me think through the right strategies to create that multimillion-dollar business. I thought how rewarding it would be to do the same for someone else. So it came to me: I should become a coach.

I was shifting inside, away from the hardcore businessman, the deal-maker, to a more attentive caregiver, a coach. I invested the last bit of my money into a coach training program, and at times, it felt selfish to spend money on education as my family struggled to pay the bills. But this is what I needed to do, to move forward, out of the mess and into a better future.

I created Leaders in the Trenches to serve and help entrepreneurial leaders. And since 2010, I have had the pleasure of helping leaders transform their thinking and strategies to build businesses beyond what they thought was possible. The founders, leaders and CEOs I work with are already successful and know there is more—my aim is to create small shifts that create the biggest results.

From working one-on-one to interviewing leaders on my podcast to sharing my message as a speaker, I am thrilled to be part of so many people’s personal and professional growth. This thrill has become such a huge part of who I am that I know, this truly is my purpose in life.

Losing everything is not the easiest way to shift your life to a higher sense of purpose, but it iswhat it took for me to change at my core. This change within myself has allowed me to help hundreds of business owners make more money, hire elite teams and become more powerful leaders. To witness that growth in others has been an incredible reward for the resilience and courage it took for me to get from where I stood six years ago to where I am today.

I hope you don’t have to start over like me. But if you do, you can look forward to a journey of growth and learning that is sure to pay off—if you have the resilience and courage to bounce back and reinvent yourself.

Be THE choice, not just a choice. 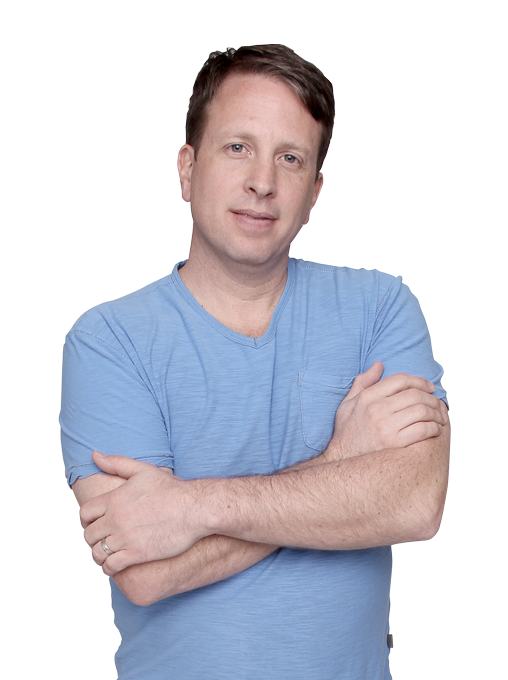